Wynand Boshoff was in a dilemma on Saturday. The regular Haga parkrunner had an afternoon flight back to South Africa but at the same time, wasn't going to miss his parkrun fix. What did he do? He took the luggage with him, ran parkrun and then set off immediately for Arlanda airport. 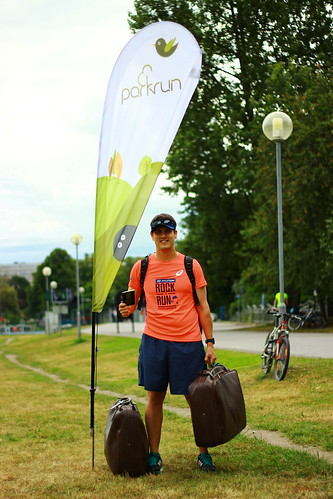 His partner Natasha, also a regular at Hagaparken, was back in South Africa already and Wynand knew she would have been running that morning also. "I can't have her going one ahead of me. We need to stay in sync," said Wynand after the run.

We just love that parkrun commitment and we look forward to Wynand and Natasha returning to haga parkrun in a couple of weeks time. They have ten more parkruns to reach the magical 100.

It was a parkrun full of newcomers otherwise with 19 of the 47 runners here for the first time. We hope to see you all back again. 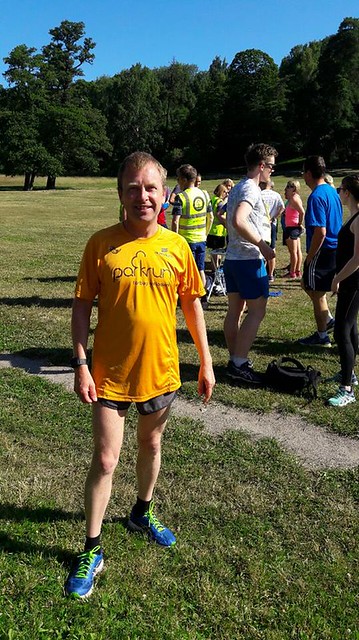 One of the best days yet (and there is a lot of competition!) for Haga parkrun, a wonderful, clear, sunny morning to host our parkrun. We’re delighted that our numbers are holding up despite the fact that it’s the middle of the summer, with a few regulars that are missing being replaced by some tourists each week. There’s still a steady flow of ‘first-timers’ each week too, as the number of people registered to Haga parkrun continues to grow (now over 1300).

This week we were delighted to welcome Andis Ozols, who does a fantastic service to all parkrunners by filming the parkruns he attends (and he attends a lot!) on a head camera. So we’ve now got a great video of Haga parkrun from a runners’ perspective. It looks amazing, makes us want to run it right now! We also welcome Stephen Wilbraham (pictured above), who’s an Event Director back in the UK, and who was running his 50th parkrun. Congratulations Stephen!

It was also a special day to celebrate volunteers, as today marked the day when 100 different people have now volunteered at Haga parkrun. That’s a great statistic and really shows that people are buying into the concept and understanding that volunteering once in a while helps to keep the magic going at parkrun. THANK YOU to each and every one of those 100 people for helping out!

We missed having a photographer today, but the video we posted up instead seemed to be popular so we will try and do a few more of those too!

So to the results. Erik Aschan dashed away from the start and was first over the line for the men in a speedy 18:40, whilst Monika Pechhacker was first for the ladies in 22:48. The highest age-grade score went to Björn Suneson, defying his age to record a PB of 21:54 and a score of 79.6%. Only 9 people have broken 80% on the list so far, but soon it looks like Björn will join them.

Thanks to everyone who came along, we hope you had a good time and will come again soon!

Below you’ll find the detailed statistics for the day:

Oops! We have a little run report catch-up going on here. Haga parkrun event #42 was held on another lovely sunny morning in the park. We welcomed tourists, first-timers and regulars and a good time was had by all! The official results you can find here.

We also have loads of pictures from the event which you can find here - below are a selection taken from the day as a reminder. 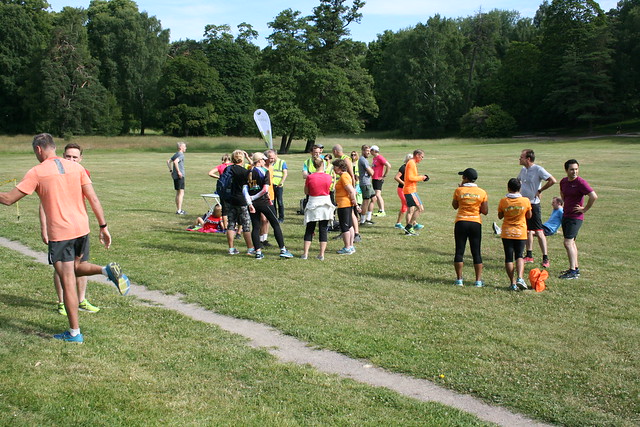 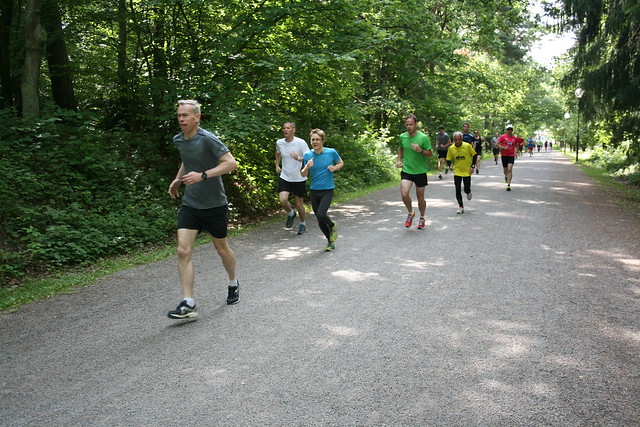 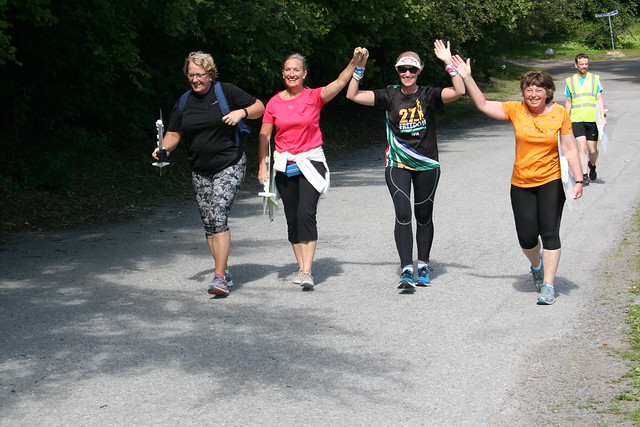 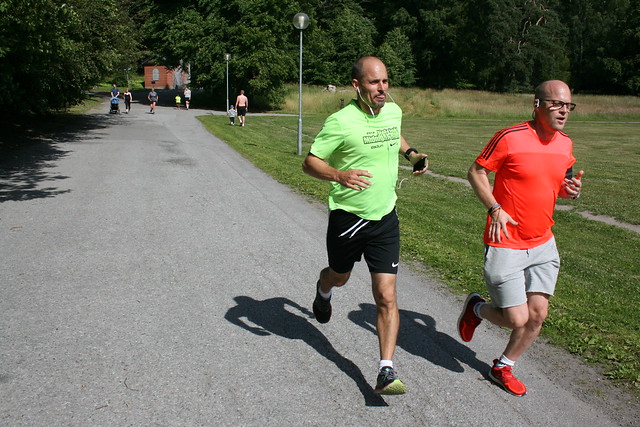 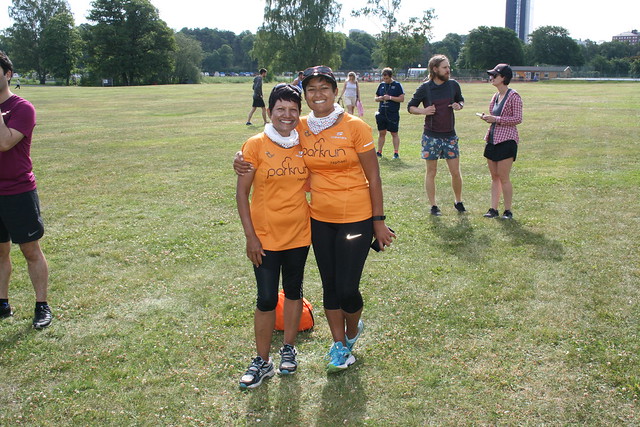 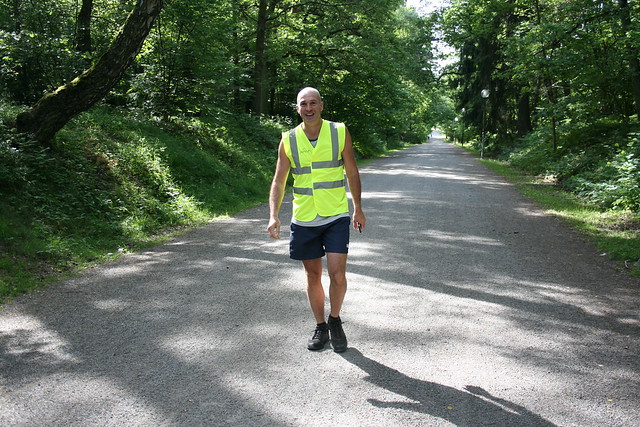 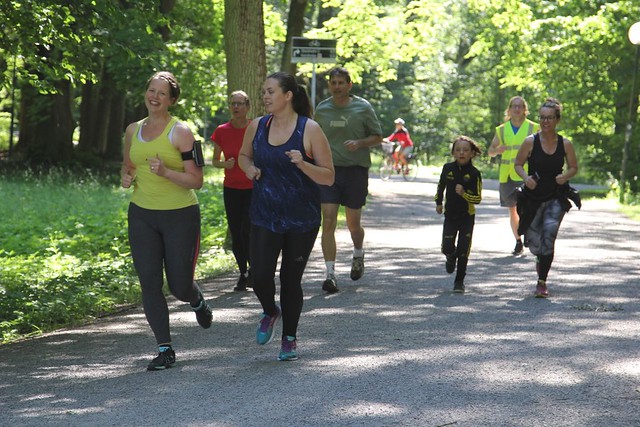 Uncharted territory for us at Haga parkrun, our first parkrun in July. Now we can say that we have had a parkrun in every month of the year! Despite the forecast, we had a lovely morning in Haga, if anything a little bit on the warm side in the sunshine for those trying for a quick time. Registrations at Haga continue to roll in, with over 20 people each week signing up, and we had a bunch of new faces at the start line this week, together with a number of tourists who were visiting from the UK and also Russia.

A thing that we love about parkrun is the age-graded score system, which meant that you had to look to 19th place to see which runner recorded the highest age-graded score. Bengt Isgård, in the category Veteran Män 65-69 ran 22:28, which resulted in a score of 75.37%. Nice work Bengt, a fantastic achievement!
As we often say, don’t forget to click around on the results if you’re interested in that kind of thing, you can find all sorts of interesting statistics for both your own performances and those of everyone running at parkrun, just by clicking on a name in the results. It’s amazing. 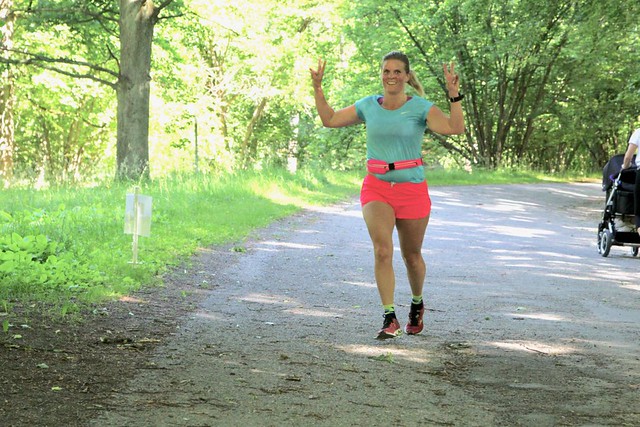 Colm was back behind the camera this week, and was his speedy self in getting all the photos from the event uploaded already on Saturday afternoon. What service! We will soon not be seeing so much of Colm as he will be off looking after the new Huddinge parkrun which starts on August 19th! So we would really love some more people who would be interested in taking a few pics at Haga parkrun on a Saturday morning. If you know someone who might be interested now and again, please let us know. 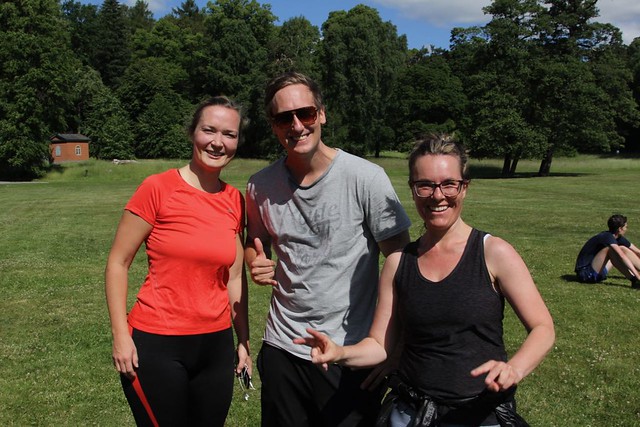 A big well done to all who came and volunteered or ran this week. You rock! See you all again this Saturday for another summer parkrun.

Below are the official results for Saturday:

Today's full results and a complete event history can be found on the Haga parkrun Results Page. .