The running conditions were as good as could be expected in Haga Park for a mid-January Saturday morning in Stockholm and 60 runners took advantage of this and completed this week's run.

We had visitors from Australia, Spain, Denmark, Germany, Italy and the UK this week. Apologies if I've missed anyone here. One of our guests from the UK had actually changed his flight from Friday evening to Saturday morning so that he could join us. We were also pleased to welcome another visitor from the UK who now works in Exeter, a town in the South West of England, close to where I grew up.

In addition to the regulars, whom I feel are due for a special mention and "well done" this week, we had 6 parkrun first timers.

Sarah-Jane Barrable and husband Nick were also in attendance with their new-born daughter, and I'm sure it won't be long before she finds herself being propelled around the course.

As always, the volunteers were out in force this week. Anna KLÖFVER , Åsa LUNDIN, Wynand BOSHOFF and Natasha MARASCHIN did a great job at the start and finish line which meant that there were no problems with the processing of the results. Out on the course, Filip AINOUZ , Paul COWLING and Svante WETTERLING made sure that nobody got lost together with Hugh MANNING who was the tail runner. Also special thanks to Claire WARD-PASSEY for her support with processing the results at The Expresso House in Odenplan.

Here's all the official statistics from Saturday's event:
This week 60 people ran, jogged and walked the course, of whom 12 were first timers and 5 recorded new Personal Bests. Representatives of 12 different clubs took part.
The event was made possible by 9 volunteers:

What a day! A truly stunning morning awaiting us all in Hagaparken, finally blue sky after a gloomy and cloudy week. High pressure had come over the city, the temperature dropped a few degrees and a misty haze spread across the grass as the runners rolled up for the 9.30 start. 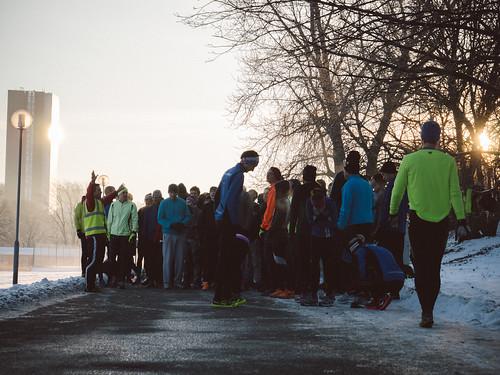 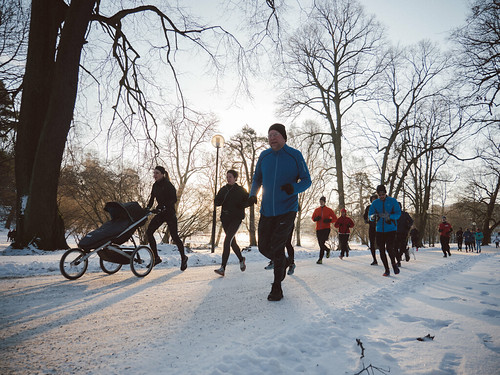 The first 100m up to the gates were on clear asfalt, before a transition to the compacted snow which formed the rest of the course and was a very good surface to run on. Did it take a few seconds off people’s times on the course today? Well, there are at least 7 people who will tell you that was not true – today’s PB stars, take a bow Eva Olsson, Anna Forsman, Jonathan Bryce, Mark Conrad, Mats Olsson, Marcelo Ibarra, and Sofia Dahlgren! 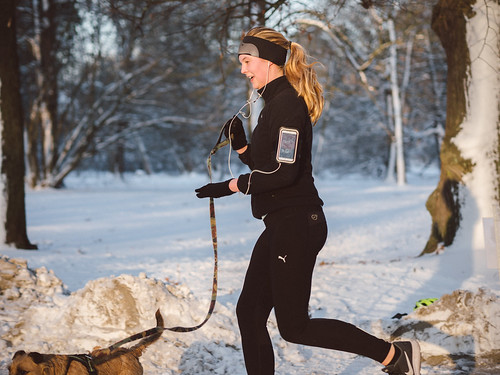 For the first time (I think) we had multiple dogs running Haga parkrun, and they made each other’s acquaintance at the start! And they kept pretty close company around the course, so that when they came into the finish, it was in positions 46, 47 and 48. A close run thing! We’re really happy that we can take dogs (maximum one per runner on a lead!) and barnvagn on our course so it was brilliant to see all the dogs coming over the finish line on Saturday.

And our magic, ‘appear out of nowhere’ fika stand came even more at the last minute this week, but still just in time to meet the runners as the came into the finish…..

Thanks once more to the volunteers who made the magic happen this week. I think I can speak for us all when I say that we had a really fun time on Saturday and loved being out in the winter sunshine watching everyone enjoy themselves as they ran round the course. 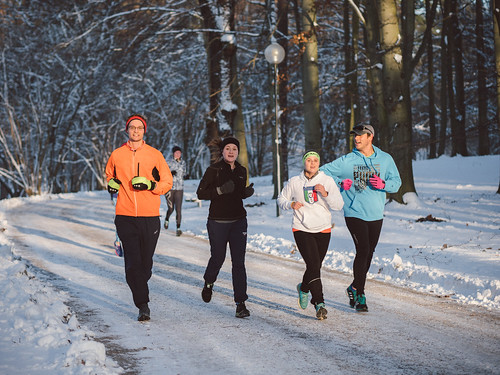 So thanks to Harriet Brinton and Gregory Richards for their help at the finish, to Anna Klöfver and the Aschan Janson family team out on the course, to Jill Odelius as our Tail Runner and to Kallum Corke again for all the wonderful photos. 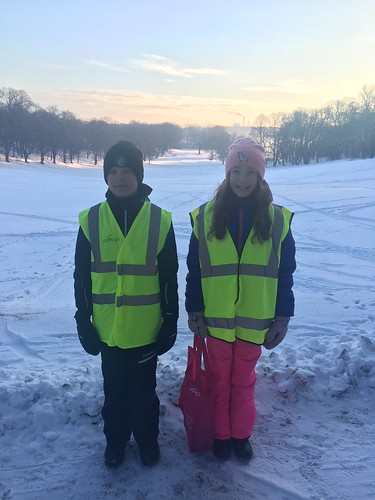 We will see you all again next week! 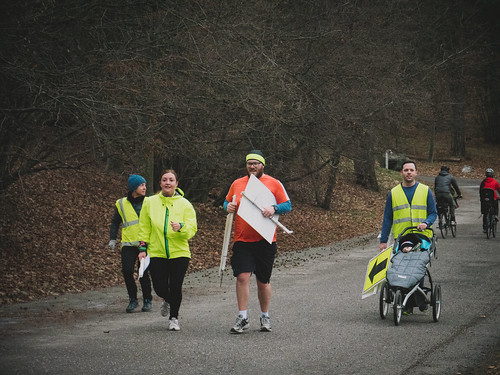 Another weekend and another 69 finishers at Haga parkrun! Great to see that we’re averaging that number of runners at this time of year. Still no snow, but winter made its presence felt with the ground freezing at the finish, so our usual funnel on the grass was replaced with cones this week (and that was after 15 minutes of untangling the parkrun tape for the funnel!). Thanks to Anna and August for setting up the course this week and managing to force their signs into the ground!

We were spoilt this week for volunteers, so a massive thank you to everyone who offered to help this time around. Here’s the list of all of you: Hugh MANNING • August FREW • Anna FREW • Kallum CORKE • Leo HEEMSKERK • Mija THOMAS • Olof WETTERLING • Peter HANSSON • Karin WETTERLING • Scott WALLACE • Lena LIDÉN • Anna KLÖFVER. We couldn’t do parkrun without you!

A big welcome to Sweden to Kallum Corke (and his partner Diane Stewart) who was snapping the photos on Saturday – brilliant to have someone taking some properly good photos again! You can see all the photos here, in addition to those we have loaded up on to Facebook. 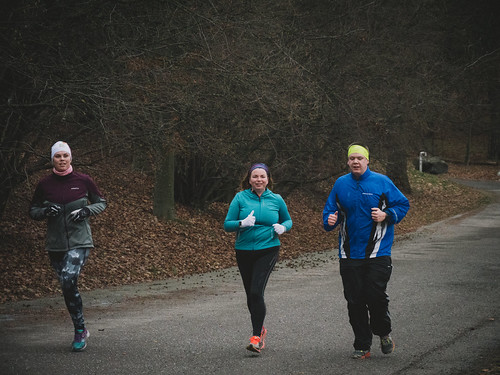 And so to the results. It may be mid-winter but there are still plenty of people running fast – we had 14 PBs on Saturday! So here goes, special well done to all these people: Sara Sundblad, Pontus Nordgren, Therese Hedman, Nele Vetter, Peter Möller, Lisa Harber-Aschan, Anna Frew, Mats Olsson, Sverker Lidén, Jan Buchtele, Philip Whittall, August Frew, Anders Furuskär and Jonas Larm!

16 first-timers too – the parkrun message continues to spread 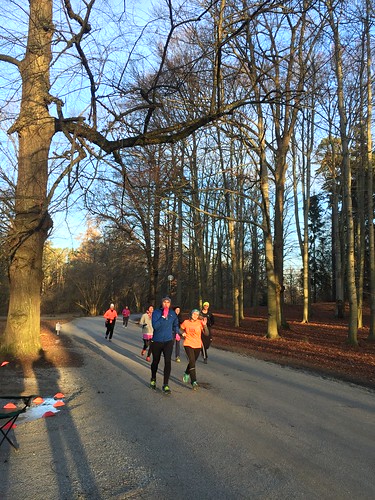 We have moved into 2018 and further into the winter months, but there is still a distinct lack of snow in Hagaparken. Lucky for us, this means that the park is in great condition for running, and the resurfacing of the asfalt path from the summer café to the Haga Södra gates means that it’s a little bit safer for running as well, with no holes in the road which turn to icy puddles at this time of year.

But although there was no snow, it was certainly a cold one, the coldest so far this year. We noticed this when the gates to the tennis club (where we store our stuff) froze, we noticed that when the brakes on the bike (that we use to take the signs around the course) froze, and we noticed that when some of the runners who came along a bit early looked frozen too! 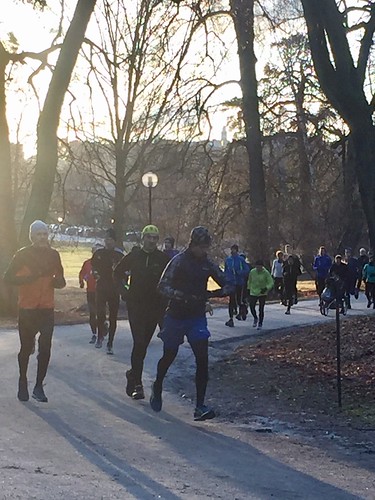 Luckily when one gets moving, even temperatures below freezing are just fine for running as the 69 runners on Saturday morning can confirm! We had only 21 runners in the same week last year, so it’s great to see so many parkrunners out and about so early in 2018. 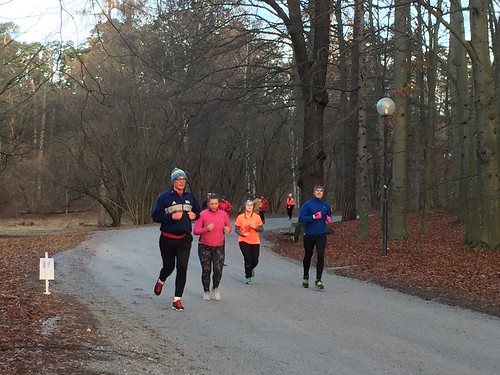 Thanks to all the volunteers who were quick to come to the rescue when we were a little short earlier in the week. It warms our hearts that we have such a great group of people who are prepared to help out with parkrun when we need you. Thanks to Joe MURPHY, Claire WARD-PASSEY, Harriet BRINTON, Mija THOMAS, Sofia DAHLGREN and John LÖFGREN. And of course finally Sarah-Jane Barrable, who took her place at the lapping point on the course and took photos, despite being three days over her due date for her new baby. We wish herself and husband Nick (first over the line in todays parkrun) the very best for the new arrival. 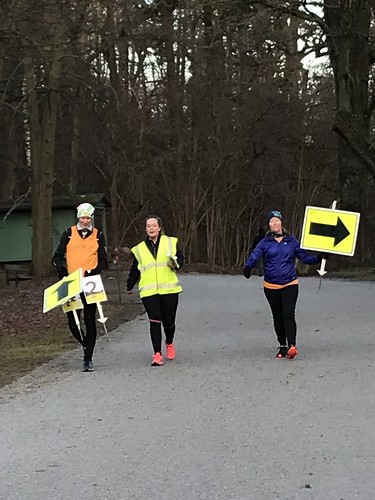 Today we welcomed 15 newcomers to Haga parkrun and we had 12 new PBs – great work everyone! We also had the luxury of fika at the finish line again – thanks to Arbetskamratarna. 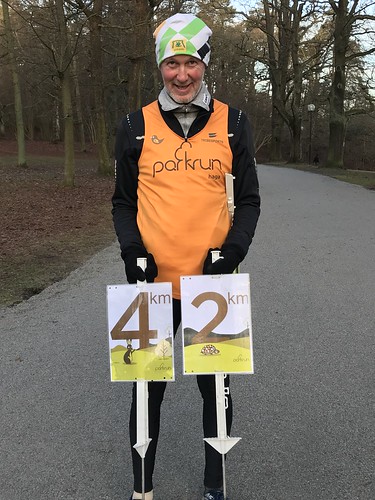 The weather continues to look good this week, so we are looking forward to hosting another parkrun this Saturday. Come along and bring a friend, we look forward to seeing you!

After the disappointment of having to cancel our parkrun at Haga last week at the last minute, we were hoping for an ice-free course and decent weather. Thankfully we got both!

As usually we welcomed a group of visitors from the UK, several of whom were actively involved in the parkrun community. We also had 2 guests from Denmark who were also joint-organisers of a parkrun “home” in their home town.

This week’s special mention goes to Sarah-Jane Barrable, who was kind enough or probably more appropriately brave enough, to come along and volunteer as the tail-runner with only 4 days to go before the due date of her and husband Nick’s first child.

In total 34 runners completed the course on Saturday which although slightly lower than an average week was impressive taking into account the time of year and the icy condition of the course last week.

A special mention and thank you to the volunteers this week. On the course Philip WHITTALL and Jens SKARING made sure that nobody got lost and at the finish line, Mija THOMAS, Peter HANSSON and Åsa LUNDIN ensured that all the times and position tokens were perfectly synchronised. A special thanks also to Mija THOMAS for following me back to the Espresso House in Odenplan to help out with the processing of the results.

Let’s make sure that 2018 is the year that in Sweden parkrun becomes the norm rather than the exception on Saturday mornings at 09:30!

You can also access the official results and also a load of photos from Saturday too.