This week we reached 4000 run performances at Haga parkrun, with 20,000 km covered so far by Haga parkrunners! Half way around the world……People by now must know every little bump and bend of the parkrun course, where every kilometre marker is placed and how long it takes to get from the gates to the finish line.

15 first timers this week, both visitors from abroad (including from the exotically named Diamond Creek parkrun in Australia) and locals. It’s great to see that people are still joining us for the first time, even in the middle of February!

And 4 PBs on a day such as this, with a snowy course making progress a little bit tougher than usual. Give yourselves a pat on the back Lee Thomas Cherry, Mats Olsson, Michele Zazzara and Björn Ericsson. Just think what you will do in the spring!

We had a fantastically large volunteer team today, and a whole bunch of people learning how to process the results afterwards at Espresso House. Thanks for your help everyone.

This week 50 people ran, jogged and walked the course, of whom 15 were first timers and 4 recorded new Personal Bests. Representatives of 6 different clubs took part. 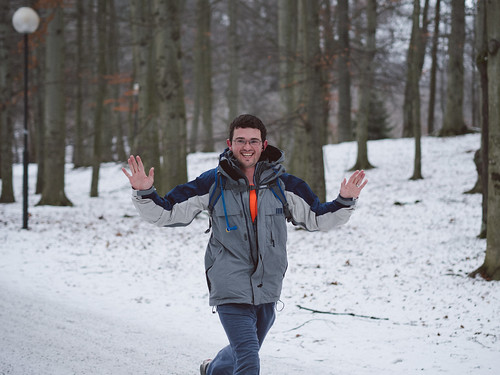 We had tough competition this morning - breakfast in bed watching Charlotte Kalla take home gold or stepping out into minus 6oC and making your way to the start line at Haga parkrun. Luckily 53 people made the right decision! Actually, the ski-ing had finished just in time for people to catch the exciting conclusion before coming along to imagine themselves powering up Haga hill as the gold medallist…….. 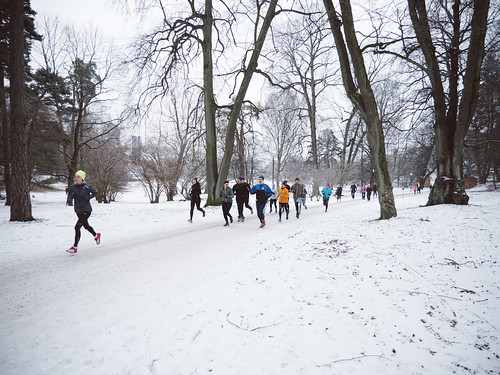 The signs might still not go in the ground, and our finish funnel is on the asfalt, not the grass, but for running, conditions were excellent for the time of year - compacted snow and lots of gravel - which was shown in the rather amazing 10 Personal Bests that we had today. Anton Björnberg, Scott Wallace, Kjell Vowles, Lena Dalenius, Martin Wahlström, Mikael Larsson, Sam Muldoon, Ella Heres, Sara Sundblad and Anna Forsman – take a bow all of you! 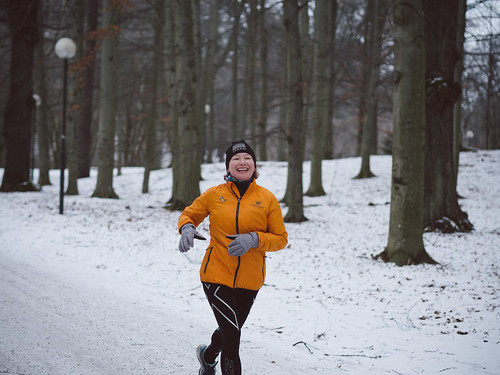 13 first-timers this week, including visitors from the UK and the Netherlands, and a big group that followed with us to Espresso House. So large in fact that we had to divide ourselves up between the Upstairs Group and the Downstairs Group. (For all the Downstairs Group people, I love you really, it’s just that the wi-fi is better upstairs 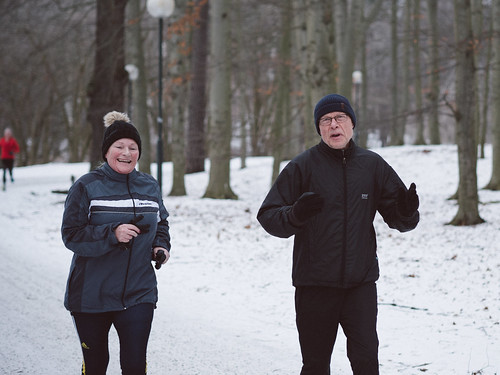 Thanks to all the volunteers who made this week’s event happen – our regulars Peter Hansson, Anna Klöfver and Filip Ainouz ran things smoothly in the finish area, Kallum Corke took brilliant pictures again, Caroline Manning and Sarah-Jane (plus Lara) Barrable made a mean Tail Walker team, and Daniel Ramsköld and Mary Scheuermann were fantastic volunteers out on the course. 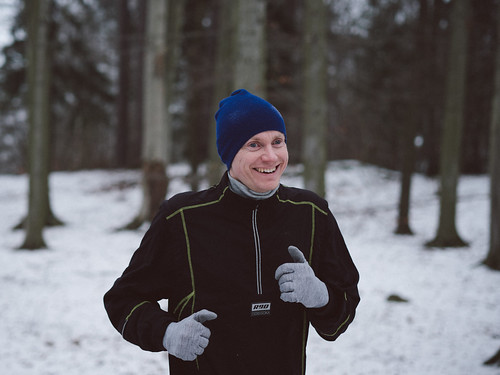 Next Saturday will be more Olympics, but you know the right choice. This time we think (according to the schedules) that the ski-ing starts at 10.30, so you even have time to finish your parkrun and get back home before the finish! Or maybe grab a coffee first and watch on catch-up of course.

See you on Saturday!

It gave us great pleasure to welcome 60 runners to Haga Park on Saturday despite the below freezing temperature and snow-covered paths. We were determined that “the show must go on” this week and we were pleased that so many runners, including 13 first-timers, joined us. Just as impressive were the 8 Volunteers who despite the cold weather, once again made it all possible.

The conditions on the course were described as “safe” with only a few patches of ice, but caution was advised, especially on the tight corners. Visitors this week were impressively from at least 6 different countries, I always worry that I’ll forget to mention a nation if I list them individually, but you know who you were. As always, they blended in well with the “locals”, the only real exception this week being 2 of our guests from the UK who ran in shorts! However, it was noted that they came prepared as they both wore hat and gloves. 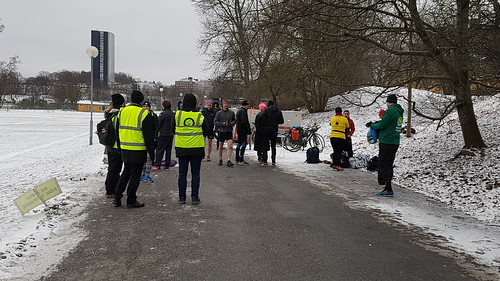 We also welcomed Alessandra Pollicini (to the left in the photo below, together with her friend Patricia Bonvalot) who is living in Älmhult and in the process of setting up parkrun there! 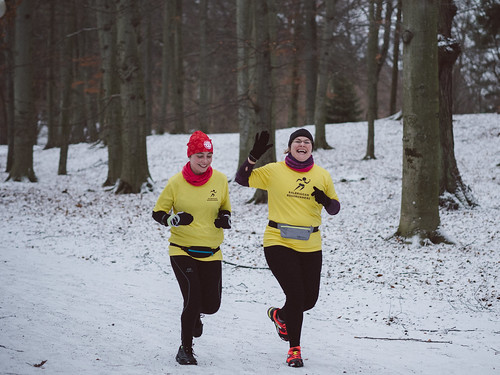 It was great to see Deri Thomas running the course this week, without Deri there would be no parkrun in Sweden so the next time you meet him (photo below) please make sure you give him a little hug and/or pat on the back. He’s too shy to mention it but in addition to Sweden, Deri is also responsible for introducing parkrun to Norway and Finland. If parkrun had a Hall of Fame for Volunteers, then Deri would have earned his place at the top by now. By the way, the photo below shows Deri wrestling with the course signs at the end of the event before loading them into his car to take home ready for next week’s run. 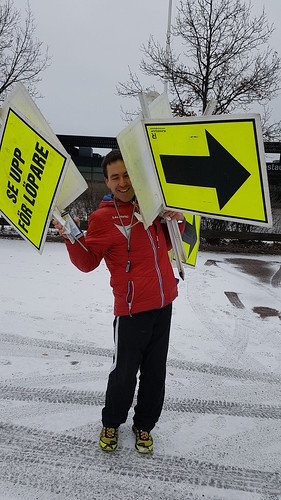 Another mention this week for Arbetskamraterna for once again braving the cold weather to serve tea, coffee and home baked treats. They will be missed next week as they are heading up to the mountains for the weekend. 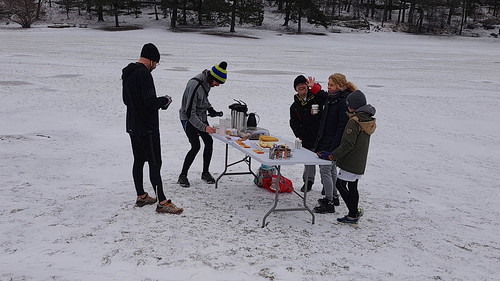 The volunteers this week deserve a special mention as they all braved the cold weather to support the event. Timothy BALSOM (aged 12) was not that impressed at being woke up at 07:30 to arrive in time to help set up the course so a special thank you to him. Peter HANSSON, Anna KLÖFVER and Patrick JOYCE, despite suffering with VERY cold fingers, greeted our runners with a smile at the finish line while Diane STEWART, as this week’s tail runner, made sure all 60 runners who started the run also finished it! Filip AINOUZ and Sarah-Jane BARRABLE did a great job this week as Marshalls on the course, whilst Kallum CORKE (and Sarah-Jane) took some great photos.

This week 60 people ran, jogged and walked the course, of whom 13 were first timers and 4 recorded new Personal Bests. Representatives of 12 different clubs took part.
The event was made possible by 10 volunteers: