Just as we thought it was safe to come out in non-spiked shoes and maybe even some shorts, Stockholm's weather did it's worse and threw down a bit of March snow to remind us that we live in the Nordics. But thankfully we had just enough thaw to make it all possible and Hage parkrun saw 57 runners, joggers and walkers supported by 6 trusty volunteers: Mark Aldred, Anna Klöfver, Leo Heemskerk, Mary Scheuermann, Deri Thomas and Jeanna Fergusson - thank you! 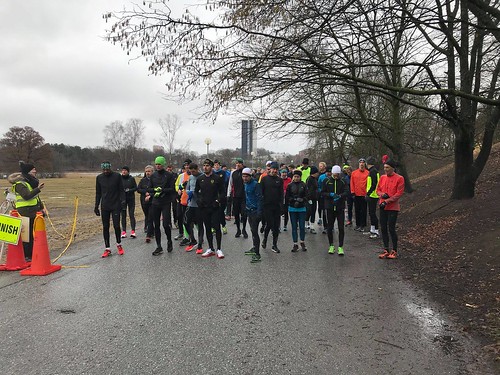 The first lady to finish was Weronika Brzuchalska of FK Studenterna in 21:17 and the first man was Johan Bernhard of Snättringe SK at his first Haga parkrun, in a time of 19:09. Highest age-rating (73.44%) was second overall fastest Rickard Andersson from IF Linnea in 19:27. Some of Stockholm's running clubs showing their strength! However regardless of whether you're a speedster or a stroller, parkrun is for everyone. We had 6 people who have done over 100 parkruns: Kevin John Jones and Catherine Davies, new to Haga, have run 143 and 151 times respectively, and volunteered over 25 times. Haga regulars Claire Ward-Passey, Hugh Manning (who got a new personal best, nice work!), Natasha Maraschin and Wynand Boschoff make up the other "100s". Nils Thorin is still a junior parkrunner but has done a whopping 44 runs. Our youngest runner Aaron Carlsson was another of the 6 people who ran a new personal best time. A big welcome to those completely new to parkrun too...it's a good time to start as we hope each week will get a little warmer. We also had visitors from Australia and the UK among others. 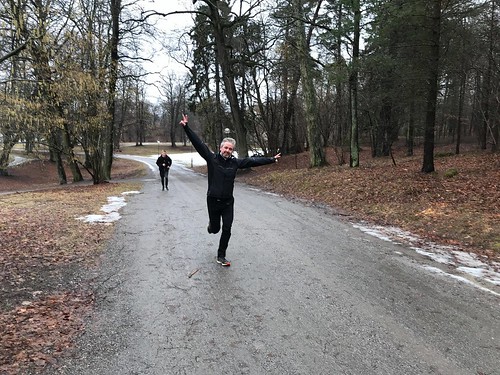 Hope to see many of you at the next run, or perhaps you'll be a "parkrun tourist" elsewhere in the world. It's a growing trend in Sweden too - look at www.parkrun.se/events to see where else parkrun is taking place.