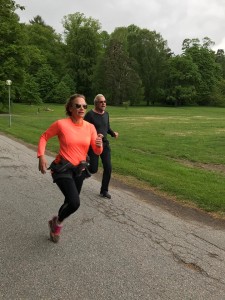 A round 100 parkrunners took part in last Saturday's event. And if you like numbers, you may have noted that Aljoscha Marcel Everding, of Hasenheide parkrun in Germany, ran his 42nd parkrun in 42:42 (his watch said so even if the timer clicked a second later!) This was his present to himself on his 42nd birthday and coincidentally, his age-graded rating was 32.42% too! As those of us who enjoy Douglas Adams' novels may remember, 42 is the answer to the meaning of life, so there must be an important message in there about parkrun...

We were also joined by ultra-running legend Björn Suneson, who has recently run across America...for the 7th time...! It took him 97 days to do the 5240km. Check out suneson.se for his blog and some statistics on the coast-to-coast run. 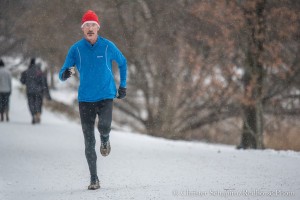 Lars Arell ran his 50th parkrun (all at Haga! Pictured here on a wintery Saturday) as did Michelle Neary-Zajiczek (her first time at Haga, usually running in the UK). Speedy Gloria Vinstedt (pictured) was the first woman to finish, in her first parkrun ever. 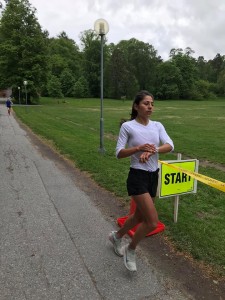 Rodney Trevor Jones is up to his 268th parkrun - his "usual" is Delta parkrun in South Africa but he's a true parkrun tourist having been for example all over SA and to Canada and the UK. Right after parkrun he took the airport bus to meet his family and fly home!

Thanks to the volunteer team August FREW • Sarah-Jane BARRABLE • Leo HEEMSKERK • Jenny HEEMSKERK • Mija THOMAS • Peter HANSSON • Stefan NILSSON • Anna KLÖFVER • Aljoscha Marcel EVERDING • Anders HEDENLUND • Gunilla HÄGGSTRÖM and thanks of course to everyone who came and joined in from near and from far. See you next week perhaps, and don't forget that if you fancy a National Day parkrun, there will be one at Kungsängen this year! 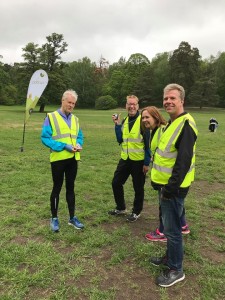