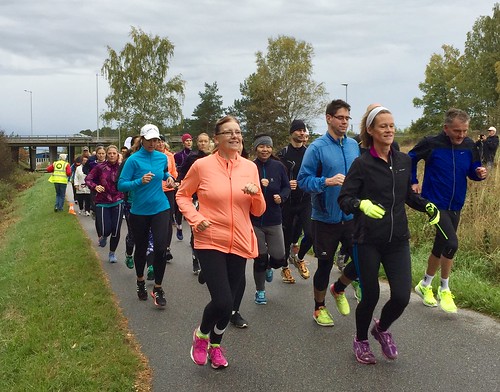 This week 63 people ran, jogged and walked the course, of whom 59 were first timers and 0 recorded new Personal Bests. Representatives of 6 different clubs took part.

The event was made possible by 7 volunteers:

Today's full results and a complete event history can be found on the Kungsängen parkrun Results Page.

Kungsängen parkrun started on 7th October 2017. Since then 60 participants have completed 63 parkruns covering a total distance of 315 km, including 0 new Personal Bests.